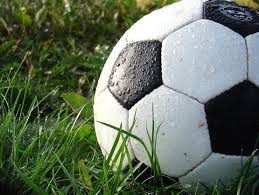 A 15-year-old footballer died after being accidentally kneed in the head while making a slide tackle in a match at the weekend.

Huw Thatcher, from Brighouse, West Yorkshire, collapsed during a match on Sunday and later died from a brain aneurysm.

In a separate tragedy Reece Jeffrey, also 15, collapsed and died during an under-16s match in Derby the day before.

Across the pond in the United Kingdom two separate incidents have claimed the lives of adolescents.  Much more is know about the Thatcher case, as he was kneed in the head, causing what they are calling an aneurysm.  It will be interesting to see if more information follows this case in regards to head injuries.

It is very likely that Thatcher’s aneurysm was already a “ticking time bomb” that only needed a catalyst to set it off, but it is also worth noting that Second Impact Syndrome can exhibit pathology similar to a brain aneurysm.  Not being in a lot of contact with those in the UK or Europe for that mater it is unclear whether the death of Thatcher is related to this, only previous history will be able to narrow it down.

As for the Jeffery case, all that is known about it was the he “fell to the ground” and died.  It will be worth following these cases.

Thank you Irv for the assist…

One thought on “UK Dealing With Two Adolescent Deaths”