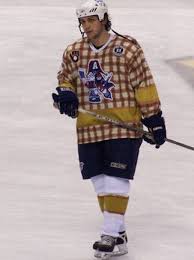 After a week with no reports of concussions this week we have found and added two more players to the list;

This brings the total concussions to 72 a number near where the NHL stated the league average was; until last year when there were a reported 92.  We will see how the last month-plus will go for the league.