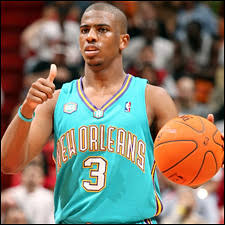 Last night a league star and point guard for the New Orleans Hornets, Chris Paul, was taken off the floor on a stretcher for a head injury.  He was treated and released from The Cleveland Clinic with a concussion, he will travel with the team to Chicago, but NOT play.

Also a great quote/thought from Patrick Michael of Yahoo! Sports;

Chris Paul’s concussion could keep him on the sidelines for two weeks or two months. We just don’t know. My point is that just because he is a star does not mean we will see him return any sooner because of that. In the meantime, get used to seeing Jarrett Jack running the point for the Hornets. In the short-term, I am not concerned about the Hornets. Jack has played very well of late and could be the starting point guard on most NBA teams. Look for the New Orleans Hornets to catch the Chicago Bulls on a letdown after their big win against the Miami Heat.

Here is the current list of NBA Concussions (that we can find);