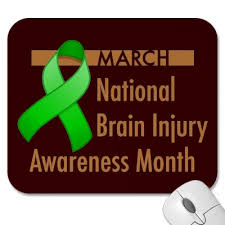 March is a very busy month in sports; NFL Labor issues, MLB Spring Training, NHL and NBA Playoff pushes, National Athletic Training Month, and Brain Injury Awareness Month.  It is important to use the 31 days in the month to explore and spend time on all of the above, as each one will impact ALMOST every single one of us reading this.

The focus of this post is the Brain Injury Awareness, this also includes concussions, which is encompassing of every walk of life.  The John C. Lincoln Health Network is sponsoring a “Social Media Contest” to promote the month.

Each day during the week of March 7, go to facebook.com/JCLHN, read the question of the day and post your answer on John C. Lincoln’s wall. The questions are themed around brain injury prevention and appeal to several audiences.

“We see too many brain injuries come through our trauma center that could have been prevented,” said Lori Moxon, RN, BSN, injury prevention outreach coordinator of Trauma Services. “Brain injuries can be easily prevented if we take simple precautions in our everyday lives. Things such as wearing a helmet on a motorcycle or a bicycle, keeping age appropriate children in car seats and staying off your cell phone while driving are just a few examples.”

Although this Health Network is focusing on the routine of bike riding and driving in a car the point is simple; taking time to learn more about it and doing what you can to prevent it.

The Brain Injury Association of America seems to be the point on this years plan, and for them concussions are at the top of their priority list;

In recognition of March as Brain Injury Awareness Month and the Brain Injury Association’s ongoing commitment to sports and concussions, the Brain Injury Association of America (BIAA) and its nationwide network of more than 40 chartered state affiliates is continuing its nationwide education and advocacy campaign: “A concussion is a brain injury. Get the facts.” This year’s campaign launches in March with radio and print public service announcements, awareness proclamations and special events. A state advocacy effort to introduce legislation to train coaches and protect youth athletes will continue throughout the year along with ongoing nationwide education.

A concussion is a brain injury, period. BIAA believes coaches of every school athletic team and every extracurricular athletic activity should be trained to recognize the signs and symptoms of brain injury, including concussions and second impact syndrome. BIAA also believes young athletes who appear to have sustained a concussion should have written authorization by a health care professional before returning to play.

Take a few minutes to keep ahead of the curve on concussions.  As you will see, this month is also devoted to the Athletic Trainer, the “boots-on-the-ground” if you will in the fight against the epidemic of sports concussions.