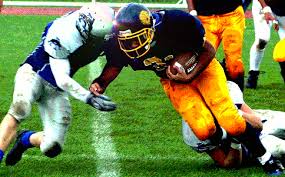 The study author Andrew Lincoln did make mention that this could be due to increased awareness about the injury, and the fact that athletes at this age-group are generally getting bigger-faster-stronger, leading to higher impact forces (Newton’s Laws).  The vast majority of the 2.650 athletes concussed, only had that one.  Roughly 11% of those found to have a concussion had a second, and 1% had three or more.

The underlying message from the investigators was that information about handling concussions may even escape doctors at this time and that;

What has been presented has been documented on this blog, the incidence of concussion (observationally) has increased, but that may be entirely due to the awareness about the injury.  Even today there is a large group of people, players, coaches, and physicians that do not have a grasp on concussions, their impact, and management.  The ultimate goal is to get everyone on the same page, especially with the management of adolescent concussions.

I believe we are getting “somewhere” but we are nowhere near where the awareness should be.   Studies like this should be used to help those that are “blind” to become receptive to learning more.