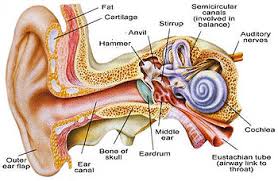 Perhaps he was infected when he was in Indy?  Or, wait…  While in the hospital, Miller contracted the ear infection.  If you cannot detect the sarcasm, I am sorry, but Miller and the Heat are raising some eyebrows.  Now it is completely possible that Miller has actual observable conditions of an ear infection (fluid in the tympanic membrane) but the fact that most ear infections are bacterial in nature, why has antibiotics not cleared it up?   I also know from personal experience that the common antibiotics used for treatment of ear infections work rather rapidly (2-3 days), and clear up symptoms associated with the infection.  Although ear infections are not impossible with adults it is extremely RARE, to say the least.

Symptoms of an ear infection include;

As you can see, other than the fever and earache, those can be controlled by over-the-counter medicine, the symptoms are identical to concussions.

It would be wrong of me to flat-out say that Miller is lying, because I don’t have access to his medical records, but what I can say is that this is very curious.  It really does not make much logical sense to me, especially the surrounding circumstances with the diagnosis (see getting hit in the head three straight games).

We jump on the ‘Cold War Injury Listings’ of the NHL, but I would not have fathomed the NBA would fall into this as well, and for the sake of concussion awareness and for Miller himself, I hope his “Otitis Media” clears up fast.