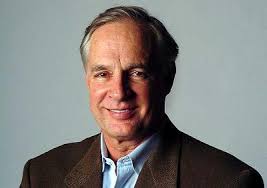 Rick Telander of the Chicago Sun Times has written some good articles on the issue of concussions and head trauma, as it relates to sports.  In a recent article, post Super Bowl, he wrote about the undercurrent of head injuries in the NFL;

But if you can hack through the noise and pseudo-symbolism of our favorite billion-dollar, entertainment-driven sport, what you will hear, still softly drumming, is the danger of head trauma.

Yes, there has been a lot of talk of late about brain injury caused by sport. But the danger hasn’t vanished just because it has been labeled.

Pros are pros. And it could be argued that grown men have the right to risk their own health. As Steelers receiver Hines Ward, who had seven receptions for 78 yards and a touchdown in Sunday’s big game, said, ‘‘It’s my body. I feel like if I want to go back out there, I should have the right.’’

He was talking about what a player should be allowed to do after suffering a concussion.

Hines’ logic is debatable, but it’s not the point here.

He went on further to discuss our leading cause here, the adolescent brain and absorbing the trauma to the brain, including giving credence to Bennet Omalu and his findings/quotes regarding return to play (via Matt Chaney’s article).  All of the information was out there, but he continually has received negative feedback regarding this topic.

As posted today in the Chicago Sun Times, Telander made note of the common response from readers;

Every time I write about head trauma in sport, I get email telling me to grow some hair or grow a skirt. Or both.

My favorite lambaste came from a guy who said he had played football, baseball and hockey through high school, had gotten three concussions and was “proud of them all.’’

I wanted to write back and tell him when I was growing up, I knew a kid who had the tips of two fingers cut off when he reached into a lawn mower. Difference was, the kid wasn’t proud of it.

Folks, this isn’t going away.

This highlights the stigma associated with this brain injury, and how we as fans, coaches, players, athletic trainers, doctors and parents have a decision to make going forward.  I don’t know the reader that wrote into Telander, but there is a good chance if his history is what he says it is, perhaps he has unexplained headaches, or gets angry easier, or has other tell-tale signs of executive function dysfunction.  All the while blaming it away with “mid-life crisis” or “stress at work”, because before now that is all we had, lame excuses.

With all this new information, and further information forthcoming, what are you and we going to do?

I propose a simple solution; treat this injury with the utmost respect and when the time comes to overcome a concussion, manage it with care.  Stop minimizing the injury, accept the fact that it is going to occur and understand that you have ONE brain, and current technology and science DOES NOT allow us to repair it like an ACL.

One thought on “Telander Is Right”