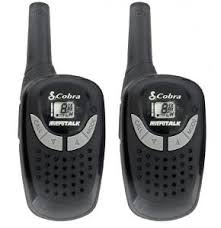 The football season is in its waning phases, however that does not mean the concussion risk is gone.  Yes, it will be reduced slightly, but awareness is continued and the importance of an athletic trainer is underscored more.  During the winter months we will spend time blogging about the life of an athletic trainer, what I do, and what we can do for schools.

This week’s entry comes on the heel of the Chicago ordinance about concussions.  As we highlighted earlier, the biggest city in Illinois has placed an ordinance for its schools to require removal from game any athlete suspected to have a concussion and once confirmed not be allowed to play until cleared by proper medical staff.

The school I work at has had this procedure in place for just about two years, with even more emphasis on education for parents, athletes, coaches, teachers and administrators.  It was a long road to get this going in a direction that is palatable and the bumps in the road are still present.  The point is that just “waving a magic wand” and creating an ordinance or law that will protect the student-athlete just does not exist.  It is an effort by everyone that has the patience and stomach for erasing a stigma that has been in place since the “dark ages”.

Allison W. Bullock of MedIll wrote about the worries of some players still playing, even with the ordinance in place.  The educational piece of this plan is sorely under-emphasized and the fact that some school districts just do not have access to the necessary people to make this plan work.

“At this point, the ordinance is considered self-enforceable,” said Donal Quinlan, press secretary for the 14th Ward Ald. Edward Burke.

Dr. Batjer, who is the co-chair of the NFL’s head, neck and spine committee, said that implementation of the rule is complicated as some schools have access to (athletic) trainers, but most do not.

The “cart-before-the-horse” strategy is not one that usually produces great results, but in this case it’s not a bad idea.  Getting the information out that there are people in high places concerned with the issue and want to provide a solution is a great start, but making sure that athletes do not fall through the crack is important.

And they will, heck I even heard from my “staunchest” critic of our concussion policy, a coach, just the other day that the kids were saying something to the effect of, “better not let Fink know about your headache or you will be out for weeks.”  To his credit, the coach reported the athlete to me and his headache did not have an etiology of head trauma.

That is my point in this entire matter, it takes people, health care providers, that know how to handle concussions to make these decisions.  Granted erring on the side of caution is better than running a kid out that is obviously hurt, but being proactive is necessary.  That is why there must be an athletic trainer available to schools, not for finding the concussions, that usually present in a “gross” nature and are tough not to miss, but the ones that may be borderline.  And having an athletic trainer at the school daily will allow him/her to know the athlete and understand if the “innocent” headache is just that or something worse.

As an athletic trainer you cannot be sick, or if you are there better be a good line of communication between the AT and the school.  Recently the inevitable illness ran through the school, usually we as athletic trainers miss that for some reason (strong immune system?), but this time I was not so lucky.  The illness didn’t hit until I was at school for a game, then I could not do anything without getting sick, but there were people who needed taped and kids that got hurt.  How do you handle that?  You get creative with your resources, by using walkie-talkies and an administrative liaison, along with some students in training we were able to handle anything that came our way.  Luckily nothing major occurred but had it we would have had it covered.  In my 11 seasons in the HS setting this was just my 2nd time this has occurred, and both times everyone was fine.  Now back to the grind and washing everything that I came in contact with.