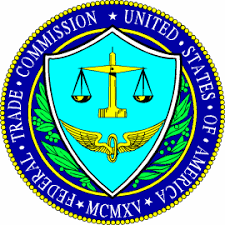 The FTC responded to Sen. Tom Udall’s request to investigate claims made by helmet makers, specifically Riddell, stating they are misleading and dangerous.  The Associated Press obtained the letter from the FTC chairman explaining that they will begin the process to determine if Sen. Udall has a viable concern.

Stephen Ross, a former FTC lawyer who now directs the Penn State Institute for Sports Law, Policy and Research, said the commission has several options if it decides to pursue action against companies, including a cease-and-desist order.

In a statement, Udall said he was “pleased and encouraged that Chairman Leibowitz shares my serious concerns about misleading football helmet safety claims in advertising by sports equipment companies. This is a safety issue with the potential to impact every child that plays football.”

In related news, the National Operating Committee on Standards for Athletic Equipment (NOCSAE) will be meeting in Phoenix January 21-22.  According to their press release they will be handling routine business of their Winter Board Meeting, plus hearing a report on the Multidisciplinary Concussion Task Force Conference.

Any media that would like to attend MUST pre-register at www.nocsae.org.

Unfortunately as a dad and working athletic trainer I cannot make it, but I wish I could, I do believe that Alan Schwarz is planning on attending.