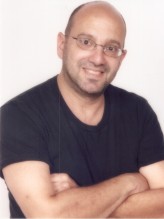 Muchnick also penned some inconsistencies in regards to CTE information provided by the WWE and what they (medical director, Dr. Maroon) actually knew:

In October 2008 Maroon met with Dr. Omalu and Dr. Julian Bailes at the West Virginia Brain Injury Research Institute, where Maroon was shown slides from the Benoit brain study…

Yet in a statement to ESPN, which reported the findings, WWE said it was “unaware of the veracity of any of these tests, be it for Chris Benoit or Andrew Martin…. WWE has been asking to see the research and test results in the case of Mr. Benoit for years and has not been supplied with them.”

The WWE contends that the “chain of custody” is being challenged in the Benoit case;

Maroon, who knew otherwise, said nothing. In the course of legal threats directed at me for my reporting, WWE lawyer Jerry McDevitt has maintained that what the statement to ESPN really conveyed was that WWE challenges the “chain of custody” of the Benoit brain tissue purportedly under study – in other words, the company demands further proof that the histologic slides produced by Drs. Omalu and Bailes were not from the brain of someone other than Benoit.

Reports like this, even in the blogosphere, are interesting and raise some important questions.  If doctors are being paid by an organization to be “protectors” and policy makers for the safety of individuals, shouldn’t there be some sort of transparency, both in regards to medical issues and the doctor themselves?  In my opinion, the higher the profile, the situation/organization makes it more important to get all of your “ducks in a row.”

Take the post for what you want, but Irvin Muchnick has gone to great lengths to expose some very viral issues in the world of professional wrestling.

One thought on “WWE Comes Under Fire”